Do you want to share your dream weekend with us and our fans?
Email us at: info@adutchexperience.com 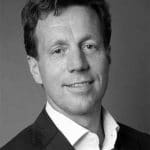 Director of bigplans, a consultancy in partnership marketing

IS THERE A BETTER PLACE TO START A WEEKEND THAN MAASTRICHT?

The city was erected on the foundations of a Roman settlement dating from around 10BC, Mosum Trajectum, at the mouth of the Maas River. Maastricht is situated in the province of Limburg, the most southerly point of the Netherlands. The city is known for its elegance and joie de vivre. Limburgers are more akin to their nearest neighbors, the Burgundy Belgians, than to the Dutch. You find yourself in ‘another Netherlands’, with stylish shops, old cafés, bistros and star restaurants: it has it all, a city where people are elegantly dressed, even when they visit a café. Maastricht offers a feast of locations: visit the Bonnefanten Museum, the many shops in the center of the city, and drink a local beer in one of the oldest and busiest cafes on the Vrijthof square, Den Ouden Vogelstruys. Better still, visit Maastricht in March for the TEFAF art fair, considered to be one of the most prestigious art and antique fairs in the world.

We breakfast on Saturday morning in Delft, a city with a history of the House of Orange, the forefathers of King Willem-Alexander. Many family members are buried in the Nieuwe Kerk, including the ‘founding father’ William of Orange who was assassinated on 10th July 1584. The bullet holes from this attack can be seen in the museum Het Prinsenhof, which displays the history of the House of Orange. A stroll through the historic center of the city, where the famous 17th Century painter Johannes Vermeer also lived, takes you back in time.

During the afternoon, we cycle on Terschelling, one of the Wadden islands, also known for the annual Oerol Festival which takes place in June. The Oerol is an event for theater, dance, art and music offering surprising performances and displays. We enjoy coffee at ‘t Lokaal before taking the boat back to Harlingen.

WANDERING THROUGH THE JORDAAN IN AMSTERDAM

We spend the evening in the Amsterdam area called the Jordaan, formerly a working-class district dating back to the early 17th Century, now famous for its distinctive shops, cafés and restaurants. We drink a draft beer in the historic café ‘t Papeneiland where tourists meet locals. Around the corner is Restaurant Toscanini, known for its relaxed atmosphere and excellent Italian cuisine. As you wander through the Jordaan, you can forget that you are in one of the busiest cities in the Netherlands.

After dinner, we go to the Pathé Tuschinski, a movie house decorated in various styles including the Amsterdam School, Jugendstil and Art Deco. We take in a movie in one of the theaters. The evening finishes with a nightcap in the bar of the Conservatorium Hotel which looks out to the Stedelijk Museum Amsterdam.

On Sunday morning we are on the Zeeland coast, on the Domburg beach, a stately bathing area, enjoyed by visitors since the 17th Century. Domburg lies in the province of Zeeland, where 1,836 people lost their lives in the disastrous floods of 1953. This event lead to the construction of the Delta Werken (Delta Works), a unique water defense system and a showcase for Dutch expertise in water management. At 10:00 we tee off at the Domburg 9-hole Golf Club, a truly ‘links’ course, established in 1914. We putt our last hole just before midday.

Rotterdam is without doubt the most cosmopolitan city in the Netherlands. The city, which was heavily bombed early in World War II, has a wonderful, architectonic center with impressive buildings, houses and skyscrapers.

We visit the Feniks Hallen, the local answer to the more mainstream Markthal. The Fenix Food Factory is located on the Katendrecht, which was once a rugged peninsula teeming with seamen and dock workers. We drink filtered coffee and take in the view over the Maas River. A delicious meal is enjoyed at the Peruvian Ceviche y Maas restaurant. From there, we take a water taxi to the Feyenoord Stadium, known locally as De Kuip (the Tub). The stadium, opened in 1937, is the home of the Feyenoord Football Club, winner of the Europa Cup in 1970 and one of the three professional clubs in the city. We go to an Eredivisie (Premier League) match, an exciting game.

GRONINGEN, A GEM OF A CITY HIDDEN IN THE FAR NORTH

The weekend ends in the center of Groningen, a student city in the north of the Netherlands, also known for its Groninger Museum. We climb the Martini Tower and eat in one of the many cafés in the center of the city.